One Year On: Learning from Feedback After the Earthquake in Nepal

Accountability Lab is a recipient of our 2015 Feedback Fund. Recently they shared these insights with us.

In April of 2015, twin earthquakes in Nepal killed over 8,000 people and displaced almost 3 million more. Accountability Lab and Local Interventions Group mobilized our youth networks into what we called Mobile Citizen Helpdesks. These helpdesks of 5 to 10 volunteers worked with communities across the 14 worst affected districts to gather immediate feedback from victims on the relief efforts, and close the loop on the disaster response. 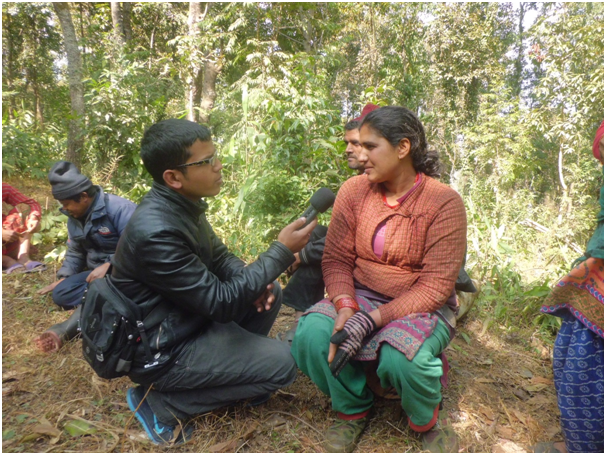 CACE: When the people you serve start wanting something else

Center for Amazon Community Ecology (CACE) is a recipient of our 2015 Feedback Fund. Recently they shared these insights with us.

We promote conservation and sustainable livelihoods by building stronger communities in the Peruvian Amazon. The Fund allowed us to ask local artisans we work with in the Ampiyacu about their economic realities and dreams. How does making more crafts help them achieve their goals?

In 2015, we sent Peruvian videographer Tulio Davila to talk with 18 artisans over two weeks. He asked about:

We have a better sense of the upper and lower range of income in the village and how important selling crafts is to many families. CACE appears to be the major craft buyer from some artisans but a minor one for others.

Our goals reflect their goals

We had assumed artisans wanted to sell more. We asked them to describe their goals for one year and five years and set personal craft production targets. They showed us how many more crafts our organizations would need to sell if artisans met their goals.

Sarathi Development Organization is a recipient of our 2015 Feedback Fund. This is a summary of how they close the feedback loop between local people and local governments.

This organization gathers information about what local people need and facilitates its flow from village level to the government in Uttar Pradesh, India. Sarathi begins by mapping out shared community goals over 5 days.

Un Mundo is a recipient of our 2015 Feedback Fund. Recently they shared this insight with us.

Women of El Paraíso, a community of approximately 200 people high up in the mountainous valley of the River Cangrejal in northern Honduras.

For several years, Un Mundo has aspired to build a program to empower women. Two times in the past, the organization helped to form income-generating groups for women that ultimately failed. When I joined Un Mundo just under nine months ago, I was encouraged to do some research to figure out what issues caused these efforts to fail and to use those insights to form a women’s group that would be more likely to succeed.

With the support of the Feedback Fund, I set out to see what I could learn. In collaboration with a local gender specialist, I conducted focus groups with about ten women each in five different rural communities. We talked about challenges that the women face and about ways that they dream of overcoming those challenges. Participants opened up about the lack of educational opportunities and health care for themselves and their families, about the extreme difficulty of traveling to the city for access to markets and other resources, about the impossibility of communicating with the world beyond their village, and about their desperation to find ways to make a living. Most of these women have little or no formal education, and almost all of them spend the majority of their time doing household chores and taking care of their children.

Gram Vikas Trust: With an ear to the ground, taking lessons to heart

Gram Vikas Trust is a recipient of our 2015 Feedback Fund. Recently they shared these insights with us.

With financial and technical support from GlobalGiving, we are able to put “an ear to the ground” in 2015. We asked people in our community how satisfied were they with our work (on a scale of 1 to 10, with 1 being dissatisfied and 10 being highly satisfied).

This gave us a net promoter score of 51.

A simpler survey to carry out

We work in about 200 villages of Bharuch and Narmada districts in India. We were curious to know how our community members felt and about the benefits that they received. GlobalGiving encouraged us to start with just 3 questions.

This “customer satisfaction” approach helped us to understand our program impact and the ground reality through another perspective. It was applicable to many projects and was less complicated than a full impact analysis. We covered three projects:

Apply For The 2020 Girl Fund Campaign

Get Fired Up For Five Full Days Of Matching This March